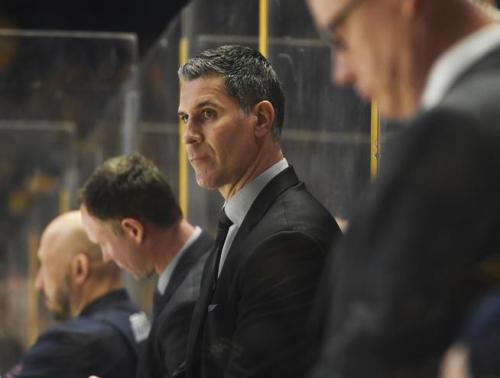 Colorado Avalanche coach Jared Bednar was one of the three finalists nominated for the Jack Adams award by the National Hockey League Broadcasters Association. The Jack Adams award is given to the head coach who contributed the best of his team’s success; thus, making him the “coach of the year.”  Bruce Cassidy of the Boston Bruins and Gerard Gallant of the Las Vegas Golden Knights were the other two nominated.

The former player who turned coach started his coaching career as an assistant coach with the South Carolina Stingrays of the ECHL in 2002. In the 2007-2008 season, Bednar was promoted to head coach of the Stingrays, where he won the Kelly Cup in just his second season as head coach.

The Blue Jackets would relocate their affiliate to the Lake Erie Monsters where Bednar followed as head coach. He would coach the team to their first Calder Cup championship in 2016.

Bednar was named as the Avalanche’s head coach on August 25, 2016, due to former player and coach Patrick Roy resigning his position.

After a successful pre-season, the Avalanche had high hopes for the team to get back on track. Unfortunately, Bednar and the Avalanche would have a franchise worst season only earning 22 wins (48 points).

There was a lot of frustration with the team from fans. A lot of fans were calling for Bednar to be fired and even hockey analysts questioned if he would return to coach the Avalanche.

In this season the Avalanche did a 180-degree turn and Bednar’s system clicked with the team. The Avalanche would win 43 games earning 95 points and a trip back into the Stanley Cup playoffs.

The Avalanche fought hard in the playoffs against the President trophy winners, the Nashville Predators but would be eliminated in game six. His regular success and the Avalanche’s play in the playoffs earned him a one-year contract extension.

I don’t want to take anything away from the other two nominees. Their accomplishments have been great especially with the Golden Knights and everything they did this season;

I believe Bednar deserves this award. Bednar had one, if not, the youngest team in the NHL and was able to make a 47 point improvement from the season prior. He even lost star forward Matt Duchene this season and had to work around that.

He even got the Avalanche back into the playoffs which no one really thought would happen at the start of the season. He helped develop our rookies to up their game and was also a contributing factor to Nathan MacKinnon‘s success. Every player seemed to have upped their game which Bednar was a part of.  His style seemed to click with the team.

Congratulations to our coach Jared Bednar and wish him the best of luck at the hockey awards in June.

Denver Avs is part of The Puck Network, which covers the entire NHL. There are openings to cover your favorite team(s) and earn school credits! If you are interested, then apply by filling out the form here: Join Our Team. What are you waiting for? Start your sports media career TODAY!