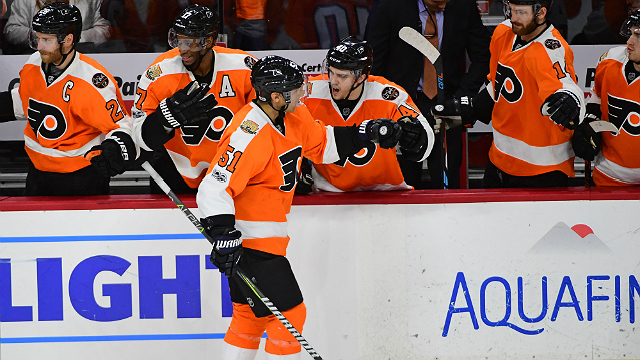 On Wednesday, March 1st the Flyers announced a trade in which the Flyers received Centermen, Valtteri Filppula, 2017 fourth round, and seventh round picks in exchange for alternate captain, veteran defender Mark Streit. Streit was

Streit was in the last year of his four-year deal with the potential of being an unrestricted free agent. At age 39 it didn’t look like he’d stay with the Flyers past this season with defenders Shayne Gostisbehere and Ivan Provorov earning their spot on the roster. Tampa Bay was looking to clear Cap Space and dealt Filppula to Philadelphia as well as there being a no-move clause on the forward further making it an interest for Tampa to trade away now. The new center will continue to use number 51 on his jersey. But that was not the end for Mark Streit as he was traded shortly after being acquired by the Tampa Bay Lightning. Pittsburgh acquired the services of Mark Streit in a trade with Tampa Bay. The Penguins traded their 2018 fourth round pick for the defender that the Lightning had just acquired. The defending Stanley Cup Champions (Pittsburgh Penguins) have an injury issue with their blueliners and need to restock for the season.

Valtteri Filppula this season has played 59 games with Tampa in which he has seven goals and 27 assists for 34 points. He would be expected to make his Flyer debut vs the Panthers March 2nd but may be held off till March 4th at Washington. The Finnish forward has seven power play assists which gives him the potential to join Philadelphia’s power-play unit. Valtteri should be able to achieve 50 points in what remains in the season with 10-12 goals and 40-48 assists depending his ice time and role(s) with the Flyers.

With the Flyers still mathematically able to qualify for the playoffs Filppula can generate some offense to help win games. The two picks included in the deal the Flyers have some potential to add youth to their franchise for the upcoming seasons. On paper this trade looks good with a high-caliber forward being added to an offensive team like Philadelphia but as the season continues his game-play will reflect on the score-sheet. In eight games with Philly so far, Filppula has registered two points(1 G + 1A). He is going to need to contribute more if the Flyers home to squeeze in the playoffs in a wild card spot.

Furious Flyers is part of The Puck Network, which covers the entire NHL. There are openings to cover your favorite team(s) and earn school credits! If you are interested, then apply by filling out the form here: Join Our Team. What are you waiting for? Start your sports media career TODAY!